Use philanthropic funds to be catalyst and not bridging budgetary gap 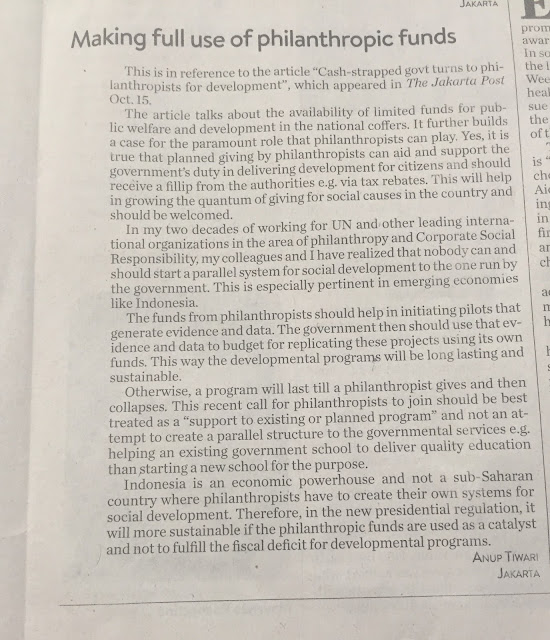 Posted by Unknown at 1:36 PM No comments:

The Cool Giving, a short comedy on donating wisely

Posted by Unknown at 5:51 PM No comments:

The Ethical Spies of Fundraising mixes fun and fundraising


The Overhead, a newly launched short film deals with contentious issue of costs incurred by NGOs on their overheads in a theatrical manner. The film features an NGO worker, named Target X, who is being spied on by two detectives (named Black & Orange). The spies are intrigued to find how liberal she will be in spending the organisational funds, as they think she is on a spending spree on the personal front. The film tries to work on perceptions related to non-profit costs and public expectation that NGO workers may not even possess a middle class lifestyle.

Watch it now to form your opinions and please do leave your comments below.
Posted by Shweta Shukla at 1:05 PM No comments: